Is Maltitol Keto-friendly? Here’s Everything You Need to Know!

The Keto diet eliminates sugar and carb-heavy foods, including sweets, chocolates, and processed snacks. But what about the sweet products that are labeled sugar-free? Are they suitable for keto dieters?

“Sugar-free” chocolates and desserts usually utilize sugar alcohols, such as maltitol, stevia, or xylitol, instead of table sugar.

These artificial sweeteners come with different amounts of carbs, calories, glycemic index, and side effects. While some are keto-friendly, others, like maltitol, should be avoided.

It is important to be able to differentiate between sugar alcohols so you don’t fall for sugar-free marketing messages and then get accidentally kicked out of ketosis.

Although maltitol contains only half the calories as traditional sugar, around 2 calories per gram, it still contains carbs.

Is maltitol keto-friendly? Does it come with any side effects? And what are the best sugar alcohols for the keto diet? 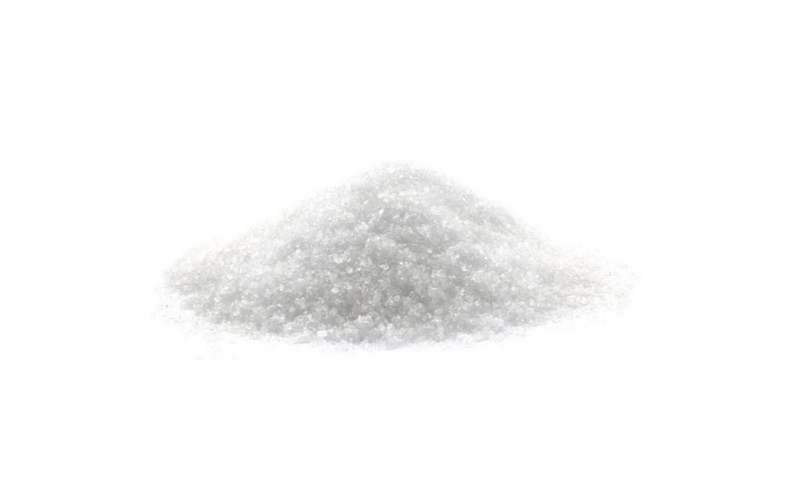 Malitol is sugar alcohol similar to xylitol or erythritol that is commonly used in candy, ice cream, and processed health foods such as protein bars, which are listed as “sugar-free”.

Sugar alcohols are carbohydrates that resemble sugar and alcohol, but the human body cannot fully absorb them, therefore making them low-calorie and low carb (*).

Sugar alcohols can be naturally found in some fruit and vegetables, but today, they are mostly manufactured rather than used in their natural form. Maltitol is made by hydrogenation of the corn syrup by-product maltose (*).

Maltitol is one of the most popular sugar substitutes because it is cheaper, acts like sugar when used in processed foods, and is around 90% as sweet as sugar (*). Maltitol contains roughly half the amount of calories and carbs than the classic sugar. Maltitol delivers 2–2.5 calories per gram (*) instead of the usual 4 calories per gram of table sugar. Although it is classified as a carb, it is digested differently.

The absorption of maltitol, in particular, ranges from 5-80% (*) and is therefore not completely zero-calorie. And compared to some other artificial sweeteners like stevia, or sucralose, maltitol also has a fairly high glycemic index.

When selecting the sugar-free sweeteners suitable for the keto diet, we recommend opting for zero-carb sweeteners like stevia or monk fruit. These will not affect your carb intake, or calories, and are therefore more suitable for keto recipes.

While consuming a small amount of maltitol probably won’t kick you out of ketosis and might make your adherence to the low carb intake easier, we recommend sugar-free products that contain more keto-friendly sweeteners.

What’s the Glycemic Index of Maltitol? The glycemic index (GI) is a number from 0 to 100 assigned to food, with pure glucose arbitrarily given the value of 100, which represents the relative rise in the blood glucose level two hours after consuming that food (*).

The GI of maltitol powder sits at 35, which is much lower than high-carb food such as common sugar or white bread. But it is also much higher when compared to stevia or erythritol, which have a GI score of 0.

While maltitol powder has a GI of 35, the values of maltitol syrup are much higher. The foods that are higher on the glycemic index affect your blood glucose and can therefore negatively impact ketosis and ketone levels (*).

Does Maltitol Count Towards Net Carbs?

Unlike stevia that has 0 carbs and calories, maltitol contains 2-2.4 calories per gram and 52g of net carbs per 100g.

When calculating net carbs in a food, fiber is subtracted from total carbs because it isn’t absorbed by the body and therefore doesn’t affect your net carb intake.

This is not the case with maltitol.

Because this sugar alcohol is still partially digested by the human body, you cannot completely subtract it from the total carbs.

The problem is that this sweetener is largely used in the food industry and many products are allowed to subtract the maltitol from their net carb count.

That means that you might be consuming more carbs and sugars than you think with these low-carb products, which can have a negative impact on ketosis. If you’re choosing to include maltitol or products that contain this sugar substitute, we recommend sticking to pure maltitol rather than maltitol syrup.

When comparing the two, maltitol syrup has a much higher GI and insulin levels than pure maltitol, 52 compared to 35 of the sweetener in its pure form.

This is because the syrup, also known as hydrogenated starch hydrolysate, is made by hydrogenating corn syrup, a mixture of carbohydrates produced from the hydrolysis of starch.

The syrup only contains 50-80% of maltitol by weight, with the remaining ingredients containing sorbitol and small amounts of other sugar substances (*).

This means that if you choose to include maltitol in your keto diet, selecting the pure form rather than the hydrogenated syrup is a better option. As we’ve explained, this sugar substitute still contains carbs and calories, so it will have an impact on your daily carb intake.

But whether consuming maltitol will kick you out of ketosis or not, mostly depends on your serving size. Even though it will add some carbs and sugar to your daily intake, if your keto diet is otherwise low in carbs and high in fats, the chances of getting kicked out of ketosis are quite low.

However, because most manufacturers are allowed to subtract maltitol from the net carbs, you might end up consuming more sugar than you think you are, and therefore sabotaging your keto diet.

If you choose to consume this sugar alcohol in moderation because some of your favorite foods contain maltitol, it might make adhering to the keto diet easier, but when possible, we recommend opting for more keto-friendly sweeteners.

Does Maltitol Cause Weight Gain? Some of the maltitol consumed is resistant to digestion and therefore won’t affect the total caloric intake, but some of it is still digested.

When following a ketogenic diet, making sure your diet is full of fats and low in sugar will ensure you maintain ketosis and promote weight loss.

However, many products that contain maltitol can contain other carbs, which affect your blood sugar levels.

While small amounts of this commonly used sweetener shouldn’t negatively affect your ketogenic diet, the bigger servings might.

Because maltitol is often used in processed health foods and baked goods that are labeled as sugar-free, people tend to over-consume them. This can lead to slower weight loss and a decrease in ketone production.

Maltitol vs Erythritol on Keto Diet

Erythritol is a similar sugar alcohol that is also commonly used in healthy sweet products and baked goods.

Made from fermented corn or cornstarch, erythritol, similarly to maltitol, occurs naturally in some fruits and vegetables and is only partially absorbed by the digestive tract.

It is produced in a granulated form and can easily replace sugar, however, erythritol contains a negligible amount of calories and carbs and doesn’t raise blood sugar or insulin levels (*).

Rather than being digested, the active compounds pass into the urine without being used by the body. Therefore, the consumption of erythritol is more keto-friendly than maltitol.

Side Effects of Maltitol

Here are some most common side effects that come with maltitol consumption.

Many products that are advertised as sugar-free may not contain maltitol in their net carb content, therefore provide misleading nutritional info.

Low-calorie sweet-tasting foods that contain maltitol are easy to overconsume and might trigger a relapse into eating non-keto foods.

Because these sweet-tasting foods act upon the same taste receptors, the research has shown that consumption of sugar alcohols can maintain sugar addictions and cravings (*).

What Are the Most Keto-friendly Sweeteners?

When selecting alternatives to table sugar that would curb your sweet cravings and still maintain low carb intake, it is best to choose sweeteners that are truly zero-carb, zero-calorie, and have little to no effect on blood sugar levels and ketosis.

Here are our top two sugar alternatives to incorporate in your keto recipes. Stevia is a natural sweetener that contains no carbs or calories and therefore doesn’t raise sugar levels. It is very sweet-tasting and it is recognized as safe by the FDA (*). Monk fruit provides intense sweetness through non-caloric compounds called mogrosides (*). This sugar replacement also contains no calories or sugar and has no negative effects on digestion.

It is generally considered to have a “more natural” taste than stevia but it is very expensive, so it is most often found mixed with erythritol.

The healthy processed foods that are advertised as sugar-free, such as protein bars, chocolates, ice cream, and baked goods use sugar alcohols to create a sweet taste.

Maltitol still adds any carbs and calories. Although it is only partially digested, this sugar alcohol contains around 2 calories per gram and will raise your blood sugar levels, therefore not being the most suitable for the ketogenic diet.

Consuming maltitol in small amounts won’t kick you out of ketosis, other alternatives such as stevia, erythritol, or monk fruit are more suitable for ketogenic diets. Susan is a health and fitness copywriter certified in Nutrition and Weight Management. She is interested in the ways nutrition influences fitness performance and providing realistic advice that people can implement in their day-to-day life.