What’s the best keto order in a coffee shop?

But what if you’re the type of person who loves their coffee with all the frills and add-ons?

Well, you may want to head to Dutch Bros.

Why? That’s because they offer up to 25 drink options for the keto dieter!

If you wish to know the 25 best Dutch Bros keto drinks in 2021, read this article.

How to Order Low Carb Drinks at Dutch Bros Before exploring the best low-carb drinks in 2021 in the Dutch Bros menu, let’s first check out these ordering tips.

Shy away from smoothies

Yes, smoothies are healthy as they are fruit-based. Unfortunately, fruits contain sugar which is not recommended for the keto diet.

If you want to lose weight, you need to keep your calorie consumption to a minimum. You can do that by choosing any of these milk alternatives—almond milk, coconut milk, soy milk, and a half and half.

The best way to make sure that your drink is a keto sugar-free, low carb drink is to drink your coffee black. One of the best keto drinks at Dutch Bros would be their keto cold brew.

But if you want flavor, the best option that you have are sugar-free syrups.

If you’re craving something more flavorful, you can ask the barista to add any of their sugar-free syrups.

The best Dutch Bros keto drink would be one that contains heavy whipping cream. This is recommended for keto because it’s a low-carb and high-fat substitute for whipped cream. (*)

As promised, we’ll share with you the 25 best Dutch Bros drinks in 2021 for people on the keto diet. Here they are: We like Dutch Bros Coffee because they are among the few coffee shops that offer easy keto drinks. This means that these drinks are already keto as is—no tweaks needed so that you can order these drinks with no fuss and no muss!

The first-ever keto coffee you can order in a coffee shop is the Dutch Bros Keto Cold Brew.

According to them, this is a nitro-infused cold brew, so it’s a smooth and creamy version of their classic cold brew. It also uses heavy whipping cream instead of whipped cream.

Dutch Bros Coffee offers two types of keto cold brew. Aside from their iced cold brew, they also have the toasted cold brew.

This one is their keto coffee brewed to bring out the best taste from the coffee then steamed to keep you warm—perfect for people who like their coffees hot! It also comes with a heavy whipping cream topping.

Here’s another option if you’re looking for a hot coffee.

The Dutch Bros Coffee Keto Americano is one of the best easy keto coffees at Dutch Bros as it contains 0 net carbs! You can also get it iced or hot—so it gives you the best of both worlds.

The Café Au Lait Americano is their Americano coffee with steamed milk. We know we told you to stay away from creamers and dairy products, but this can be a suitable keto option if you will order only a small cup.

They also have the classic café americano - a black americano - made from medium roasted coffee beans in the south and central America.

A small cup of this hot beverage will give you only 2 calories, 0 fat, 0 protein, and 0 net carbs!

One of the most popular Dutch Classics is Breve. However, not all sizes and variants of this drink are considered sugar low-free carb drinks at Dutch Bros.

If you want to order this, we suggest sticking only with a small iced breve coffee as it’s the only one that goes within the keto carbohydrate limit—6g!

If you don’t like the idea of drinking a coffee with heavy whipping cream, this is the best option for you. Same with the keto cold brew, this one has only 3g net carbs.

However, it doesn’t contain the amounts of fats you can find in the keto cold brew since it doesn’t have heavy whipping cream.

When you think about Rebel, the first thing that would come to mind would be those colorful and sweet energy drinks that they have at Dutch Bros.

Unfortunately, those can’t be considered as sugar-free low carb drinks. The Rebel drink that we’re referring to is the canned Sugar-Free Rebel Energy Drink sold in selected locations.

This one contains 10 calories, 1g protein, and 2g net carbs.

Aside from their sugar-free low-carb drinks in 2021, there are also Dutch Bros sugar-free drinks. This means that you can choose any coffee on their menu and ask the barista to make these sugar-free.

Here are some of the coffee drinks at Dutch Bros that you can order sugar free:

One of the simplest Dutch Bros Keto Sugar Free drinks is the blended coffee made up of espresso shots, milk, and sugar-free syrup of your choice.

If you want something refreshing (but with a caffeine kick) on a hot summer day, blended is the way to go. This blended sugar-free beverage contains espresso shots, milk (non-fat), and chocolate syrup (sugar-free).

The good news is you can get it in an iced format as well. The iced sugar-free double chocolate mocha is made up of espresso shots, milk, and chocolate syrup (sugar-free). Cocomo is short for coconut mocha. Its coconut content is what makes it a great keto option since it’s high in fat. (2)

The last one for our sugar-free coffee drinks at Dutch Bros is the sugar-free snickers. From its name, it has the flavors of snickers—caramel, chocolate, and hazelnut. In addition to these sugar-free syrups, these also have espresso shots and 2% milk.

If you want the ultimate caffeine kick, the sugar-free ER-911 is the beverage for you.

This one contains 6 espresso shots, so it isn’t for the faint of heart (literally and figuratively). Don’t order this one if you have heart problems or not a regular coffee drinker.

In addition to the espresso shots, this also has a scoop of Irish cream (sugar-free) and Kick Me blend.

Please note that Dutch Bros sugar-free drinks still contain significant amounts of carbohydrate—not less than 20g-- so we don’t recommend drinking this regularly. These can just be your options if you’re craving something flavorful and sugary.

As much as you can, try not to finish the entire drink, too, even if you ordered the small cup. You can share it with a friend to reduce your carbohydrate consumption.

In addition to easy keto drinks and keto sugar-free low-carb drinks at Dutch Bros, the Dutch Bros menu also has offerings for the keto dieters who love tea.

These are no other than the best Dutch Bros keto sugar teas. Here are some of them:

Regardless of the size, this tea has no carbs and sugar-free!

This tea lover’s favorite also has zero carbs and no sugar.

This is one of the most well-known tea blends in the market, and for a good reason! It’s a simple black tea flavored with bergamot oil. Same with the others, this has zero carbs and sugar.

This is similar to earl grey in the way that it has black tea and bergamot oil. However, it’s a fruity version of black tea and contains a hint of vanilla and caramel. Same with the others, it has no sugar and carbs.

The hot cinnamon spice tea is more than just a flavorful tea. It offers plenty of benefits as well. (3)

At Dutch Bros, you can get this sugar-free drink iced for a more refreshing experience. Since it doesn’t contain sugar, this drink is zero carbs too.

The Juice Tea is the least keto-friendly, all as it contains around 18g net carbs. If you’re craving something sweet, you can go for this, but you may have to cut back on your carbohydrate consumption for the rest of the day. 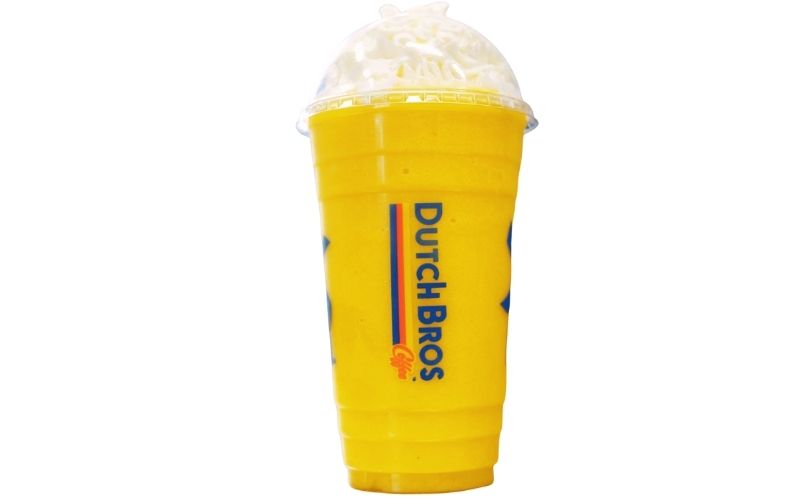 Here are some of the drinks at Dutch Bros that will never suit your keto requirements:

Aside from sharing with you’re the best keto drinks at Dutch Bros, here are also the answers to some of the most frequently asked questions about their drinks:

You can ask for a sugar-free version of the following syrups—Chocolate Mac, Irish Cream, Hazelnut, Coconut, Strawberry, Raspberry, Vanilla, or Peppermint.

Can you ask for Stevia at Dutch Bros

For a sugar-free sweetener, Dutch Bros use Truvia, which is Stevia-based.

Even though the keto diet has already become popular, only a few coffee shops offer low-carb, sugar-free, or keto-friendly drinks.

Lucky for us, we have Dutch Bros.

The 25 best Dutch Bros keto drinks that we mentioned are the coffee drinks you can enjoy without getting kicked out of ketosis.

However, you must take note of the carbohydrate content of these keto drinks at Dutch Bros to ensure that you can satisfy your cravings while sticking to your keto diet.

Keto diet has not just gone in on your favourite coffee shop, your favourite fast-food restaurants can also provide you with low carb dishes too, even with your dessert.

Knowing how to order to make your food keto-friendly can be tricky, but we're here to help. Our guides on many restaurants are very easy and simple to follow. Top 11 Keto-Friendly Restaurants in Austin (Plus What to Order)

11 Best Keto-Friendly Restaurants in Charlotte NC Revealed (Plus the Low Carb Dishes You Need to Try!)